Updates, news and background information all about the topic of expanded clay 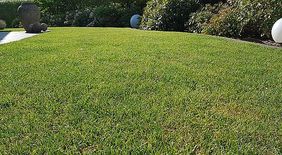 Lawn on a substructure of 50 cm CN Construct expanded clay 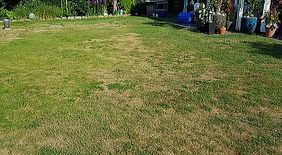 The impacts of global warming have also been playing out here in Germany for the past few months. Spring this year was marked by temperatures which were practically summery from April on. And there seemed to be a seamless transition into the summer of 2018. If the meteorologists are to be believed, this year’s spring was the second warmest since records began around 130 years ago. Add to this the fact that there has been no or very little rain for weeks now, giving rise to a dry spell since April which is unfortunately turning into a real drought.

As our lifeline, fresh groundwater has already reached an alarmingly low level in many regions.

The persistent dryness of recent weeks represents a major challenge for an increasing number of local authorities and municipalities when it comes to the topic of water supply. In many places, the current strain associated with water scarcity means that bans have even been imposed by some public water authorities: bans on watering lawns or gardens, filling swimming pools or washing cars, for example.

The photo on the right depicts a section of garden in which lawn turf has been laid directly on top of 50 cm of expanded clay substrate. The grass has never been watered and is therefore merely exposed to the prevailing weather conditions. Yet the lawn continues to present a consistently lush and green surface this year, too. Although the owners of this garden originally invested more in the substrate, i.e. the invisible area (“with substrate”), this clever decision paid off in the subsequent years.

In a direct comparison, the second photo depicts a section of garden in which the lawn turf was laid conventionally, i.e. “without substrate”. Furthermore, this lawn is regularly watered. The visual result speaks for itself. For the record, it should be mentioned that the sites are adjacent to each other, were laid at the same time and the photos were taken only a few minutes apart. The second lawn looks dry and hard and is literally parched for sprinkling or rain.

But even when the long-awaited rains were to fall in such a case, they would only be of limited benefit as the “hard ground” so prevalent right now is practically incapable of absorbing the water. Despite the great yearning for rain, most of it would flow off or be directed into larger bodies of adjoining water. A similar thing happens as regards sealed surfaces such as asphalt, concrete or sheet metal – forwhich we are responsible. We deal with this topic in more detail in a separate report.

If you wish to implement this tip without further ado, a local landscape gardener is sure to be able to help you.